Kinky Vanilla Romance is pleased to share The Gull Motel by Amie Denman, a contemporary romance released in June 2014 from Turquoise Morning Press.

This post is part of a virtual book tour organized by Goddess Fish Promotions. Amie will be awarding print copies of her three Barefoot novels from Turquoise Morning Press: Blue Bottle Beach, Will Work for Love, and The Gull Motel to one randomly drawn winner via rafflecopter during the tour (US ONLY). Click on the banner to visit other stops on this tour.

The Gull Motel by Amie Denman


Savvy Thorpe needs a vacation. Finally finished with college, she heads to her favorite shabby motel on Florida’s Gulf Coast where her aunt and uncle always save her room twenty-four. She quickly finds out, though, that The Gull Motel is not just her home away from home. It’s hers to manage while her aunt and uncle take an extended trip.

Skip McComber, The Gull’s former maintenance man, has been working on Savvy’s nuts and bolts for years. Now the new owner of the bar next door, his mission is to renovate a pirate bar while being a walking temptation for the girl he can’t get off his mind.

For Savvy, keeping her cool running a motel in Florida heat is one thing, but navigating the steamy waters of a former fling takes a whole other kind of savvy. In addition to the motel and the man next door, Savvy stumbles on a plot to swindle land from the residents of Barefoot Key. Devalued properties tumble like dominoes until Savvy musters her colorful crew from The Gull Motel to make the pillagers walk the plank. 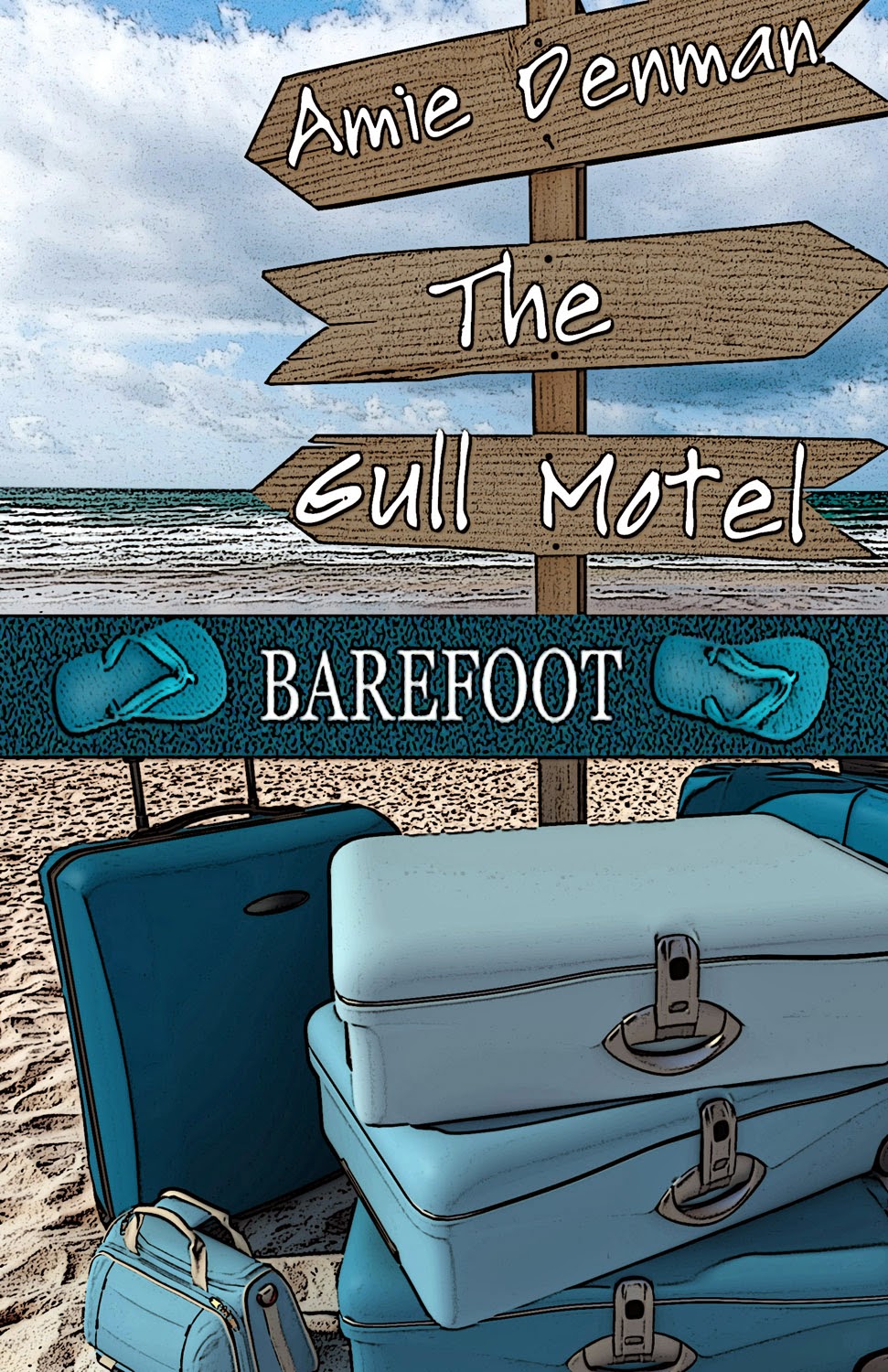 I watched a fishing charter leave a wharf several properties farther down the beach. I could see at least half a dozen people and lots of long fishing poles sticking up all over the boat like a case of bed hair. An idea swirled through my head like the sand between my toes.

“Fishing charter,” a voice said behind me.

I jumped. “You shouldn’t sneak up on people like that.”

“You should try. I might have had a heart attack or something and then you’d have my blood on your hands.”

Skip picked up a long lock of hair brushing my shoulder and twisted it in his fingers. He leaned forward just a little and glanced down my shirt. “You look perfectly healthy to me.”

I stepped back, hoping to restore my heart rate to something close to healthy.

“One of these days we should talk about last spring,” he said. “Maybe over some tequila.”

I narrowed my eyes at him. “I thought you would have called me if you wanted to talk. You’ve had plenty of time since April.”

Skip put his hands in the pockets of his cargo shorts and rocked back on bare heels in the sand. He was shirtless as usual. And he wasn’t taking my bait.

“Saw you staring at the fishing charter boat,” he said.

“I was thinking about something.”

“Thinking of teaming up with a local charter and offering package deals? Could be a great add-on to rooms at The Gull.”

My heart rate steam-trained up the scale again. That was exactly the idea I’d been formulating, and I didn’t appreciate him acting like it was his. The danger of years of slightly-lusty friendship is that you can know a person too well. And they’ve got your thoughts on speed-dial.

Amie Denman lives in a small town in her native Ohio with her husband and sons. Her two cats and large yellow labrador are kind enough to share a sunny office where she lets her imagination run wild. Reading books was her favorite escape as a child, and growing up four houses away from the community library encouraged her addiction. When she's not reading or writing, she enjoys walking and running outside. The helpless victim of a lifetime of curiosity, she's been known to chase fire trucks on her bicycle just to see what's going on. Amie believes that everything is fun: especially roller coasters, wedding cake, and falling in love.

Amie is the author of five contemporary romance novels:
Please visit her at www.amiedenman.com

a Rafflecopter giveaway
Posted by From Head To Tale at 3:00 AM