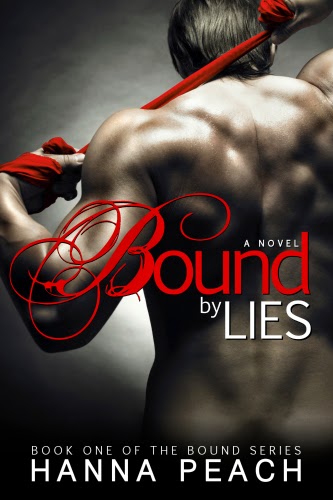 Our love is on his terms. He contacts me only through notes − unpredictable and untraceable. When we meet, he can touch me, but I’m not allowed to touch him. When we make love, it’s only after I have been bound and blindfolded. It’s the only time I truly feel alive. Which is why I play along with it. For now.

Caden Thaine is the most sinfully beautiful man I have ever seen. But more than that, his touch sets me on fire. And dear God, do I ache for him. I don’t know where he lives or even what he does. But this doesn’t scare me. My only fear is that one day his messages will stop. I know he’s hiding something. That’s okay. I am hiding things, too. Like my real name and… who I really am. But the deeper I fall for him, the stronger my curiosity becomes.

I could never have imagined just how much our lives are bound. And that pulling at his tangled web of secrets would cause my own dark past to come back to try and reclaim me. Will we survive? Will our love?

The story is told in first person by a woman whose real name we never find out. We only know her as kitten, a pet name given to her by her lover (Caden Thaine). I hesitate to say boyfriend because we, kitten and the reader, know so little about him.

Kitten is a woman on the run. She is living in the shadows of a city that is never identified. [I thought that it was in the United States but it might be Britain due to the author’s choice of words.] Cut off from her old life, kitten is floating through life trying not to feel anything, but desperately wanting to feel something. She uses meaningless sex to fill the void that life as a “ghost” creates.

Kitten and Caden meet at a nightclub and a connection sparks that lasts for more than just the night. They begin an usual love affair (see description above) that binds them together in a way that only makes sense between broken souls.

Through a series of interspersed flashback chapters, we find out about kitten’s past and how she becomes emotionally bound to Caden. As the story progresses, it is revealed that both kitten and Caden are keeping secrets. Dangerous secrets that could break their bond.

Curiosity may kill the kitten.

Some of the writing is a bit too puffy for a romantic suspense story, in my humble opinion. Excessive use of descriptive phrases slowed the story down for me a bit. Example:


"A deep sadness fills me like rust-colored water into an empty glass vase when I realize the answer is yes." - kitten

I would describe Caden as a sensitive alpha male. His need for control adds to the sensuality of their meetings. After all that kitten has gone through in her past, I felt that their relationship was a little too one-sided (see description above). It makes sense with the "broken" story line though.

I am hoping that they will get their happily ever after.

The suspense is where Bound by Lies excels. As the chase to uncover multiple truths kicks in, Hannah Peach really lures you into kitten’s messy world. When I got to the end of the book, I was frustrated. Where were all my answers!?! I thought that I might have been shorted a few chapters. Nope.

The story ends as it opened - with a lot of unanswered questions. And that's okay. I am willing to wait for Bound by Fear (#2) for more answers. I have already added it to my TBR list. So should you. 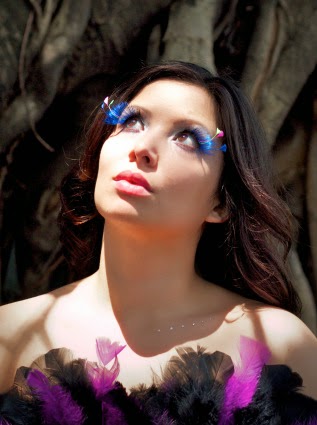 Hanna Peach began to write at the tender age of seven, starting with a daring and questionable autobiography entitled Go Suck a Lemon. Perhaps it was a little before its time.

After leaving school she agreed with everyone who said she needed to get a degree and a real job to become a proper adult. She kept writing as a hobby. After starting (and never finishing) several degrees and switching from multiple careers, she finally decided that being a real adult was overrated. In 2012, she sold everything, moved to Europe and began to write full-time.

Eternally restless, Hanna has lived in Indonesia, Australia, Germany and Scotland. She is currently residing in England.

She is addicted to coffee and chocolate and would one day like to own a dragon.

This post is part of the Bound by Lies book review tour hosted by Xpresso Book Tours. I received a free copy of the book in exchange for an honest review.
Posted by From Head To Tale at 12:00 AM