Kinky Vanilla Romance is pleased to share Truth Be Told by Marsha R. West, a romantic suspense released on May 16, 2014 from MuseItUp Publishing.

This post is part of a virtual book tour organized by Goddess Fish Promotions. Marsha will be awarding a $25 Amazon Gift Card to a randomly drawn commenter during the tour. Click on the tour banner to see the other stops on the tour. Remember, the more you comment, the better your chances to win.

Falling in love wasn't one of their strategies.


Needing a peaceful visit with her Fort Worth family for Christmas, Meg Bourland is shocked to discover someone is blackmailing her father. When he rebuffs her offer to help, the Atlanta SWAT team member enlists the help of her brother and his former LA police officer partner to uncover the truth. She fights her attraction for Scott and the immediate tug to her heart. But her life is in Atlanta, and his is in California.


Scott McClaine, medically retired, came to Fort Worth to recuperate from life-threatening bullet wounds he received saving the life of Meg’s brother. Hard enough to accept his new physical limitations, but in Scott’s mind they make him unacceptable for a strong Meg. Regardless, he commits himself to helping her stop the blackmailer. Working closely with her, a bond forms. Could she feel the same?


In the search for truth, Meg and Scott uncover pieces of the puzzle, which threaten to ruin her father’s career as mayor and destroy the family she holds dear. Will Meg and Scott find their way through the maze of family secrets? Will they find the strength to make the sacrifices required for real love before the blackmailer kills? 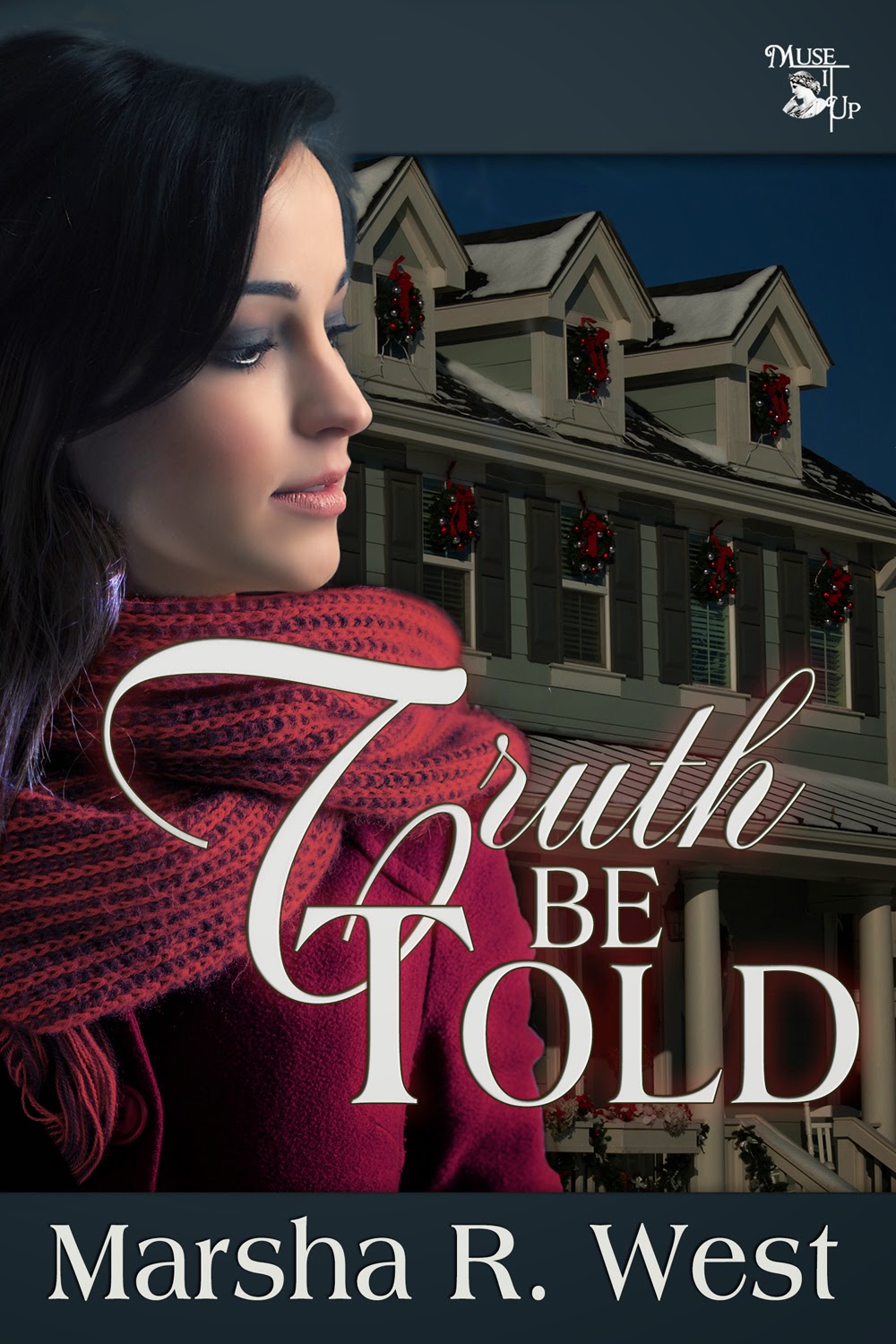 “Dad, is something wrong?” Again no response. Meg moved further into the study. The pipe smoke smell dimly registered. Was he having a heart attack? She stopped in front of his desk. “Dad?” Almost shouted the word.

“What?” His gaze lighted on her for a moment before darting around the room.


Didn’t he recognize her?

“Meg?” He shoved his hair off his forehead and dragged in a breath. “When did you arrive?” He asked in a voice tight with strain. His gaze never connected with hers.

Not a heart attack. Thank God. She let out a huff of air.

Her father placed his hands on the desk and straightened into the ramrod posture she’d seen all her life.

He used the same word Meg did when things were the opposite of all right.

“Glad you got home okay.” His voice was stronger now. He shuffled through files on his desk. “I…uh…came to pick up this folder.” Unusual for her father to stammer. He was always self-assured. He waved the file in the air and shoved others into the center drawer. “I’m heading back to work now.”

He threw an arm around her shoulder, hustled her out of his study, and closed the door with a distinct thud.

“Don’t mention to your mother that you saw me.”

He glanced toward Meg, but still he made no eye contact. All her cop instincts shouted this was trouble.

Atlanta SWAT team member Meg Bourland comes home for Christmas to find her father acting out of sorts. He is being blackmailed by someone unknown - yet for some reason, he refuses to accept her help to find the culprit.

Luckily for her, Meg's brother David (a Los Angeles Police Department officer) has brought home his former police partner, Scott McClaine, for Christmas to recuperate. Scott was injured while trying to save Meg’s brother's life. His injuries from the event forced him into a medical retirement. Naturally, as they are all in law enforcement, the three decide to team up to find the blackmailer.

Fort Worth in Christmas was supposed to be a peaceful and relaxing time of joy for everyone. It turns out to be anything but...

Truth Be Told is a story about the ties that bind - romantic and familial.

You feel the attraction between Meg and Scott from the beginning. Their struggles to deal with their emotional and physical wounds keep the romantic tension fresh and keep you pulling for their happily-ever-after.

As in real-life romance, they find that the biggest road block on the road to love is themselves.


The plot is fast-paced and the major characters are well-developed. As the chase to uncover multiple truths kicks in, the team discovers a web of secrets and lies that are hard to shallow. The danger level for all involved increases as the drama escalates from a blackmail scheme to potential murder.


Be sure to check out my interview with Marsha R. West. I would definitely read more books by the author. I've already added Vermont Escape, her first published book, to my to-be-read list. You should too.

Marsha R. West, a retired elementary school principal, is also a former school board member and theatre arts teacher. She writes “Romance, Suspense, Second Chances. Experience Required.” Her heroes and heroines, struggling with life and loss, are surprised when they discover second chances at love.

Her first published book, VERMONT ESCAPE, was e-released by MuseItUp Publishing in the summer of 2013. The print version releases in June 2014 . TRUTH BE TOLD e-releases by MIU in May, 2014. She’s sold a third book to MIU. In SECOND CHANCES, the hero, Mike Riley, played a supporting role in VERMONT ESCAPE. SECOND CHANCES is the first of a planned series about four women who met when they were kids at summer camp. It’s scheduled for e-release in winter 2014/2015.


Buy Links for TRUTH BE TOLD:


a Rafflecopter giveaway
Posted by From Head To Tale at 3:00 AM