Kiss Me By Moonlight by Michele Zurlo: Excerpt, Author Interview and Giveaway

Kinky Vanilla Romance is pleased to share Kiss Me by Moonlight by Michele Zurlo, a New Adult Contemporary Romance released on June 17, 2014 from Omnific Publishing.

This post is part of a virtual book tour organized by Goddess Fish Promotions. Michele will be awarding a choice of signed paperback copy of Wanting Wilder, Mina’s Heart, Kiss Me Goodnight, or Kiss Me By Moonlight, and a $25 Amazon gift card to one randomly drawn winner via rafflecopter during the tour. (US ONLY)


Kiss Me by Moonlight


Hey there. It’s Lacey again. Falling in love and landing Dylan hasn’t been the panacea I thought it would be. For starters, he moved into my apartment without asking, and he continues to have no respect for my need to have things in sets of six. Pile that on top of my emotional upheaval after losing my stepfather, and you have a recipe for disaster no amount of German chocolate cake can cure.

Yes, Lacey Hallem’s life remains fraught with challenge, but you know she’s a fighter. Forming a talent management agency with her best friends has been the best career move she’s ever made—even if it’s the only thing currently working according to plan. Lacey’s OCD is getting the better of her, and this time her hands aren’t the only casualty. When her lies ruin her relationships with both Kiss Me Goodnight and Dylan, she’s forced to confront her demons in ways she’s never had to before. As she once again faces her past, can she learn once and for all to let love and friendship through the barriers she’s built?

Both harrowing and hilarious, this conclusion to the tale of Lacey and Dylan will leave you laughing, crying, and fanning yourself—sometimes all at once. Michele Zurlo triumphs again in this moving story about life’s quirks and what we all have to do to get by. 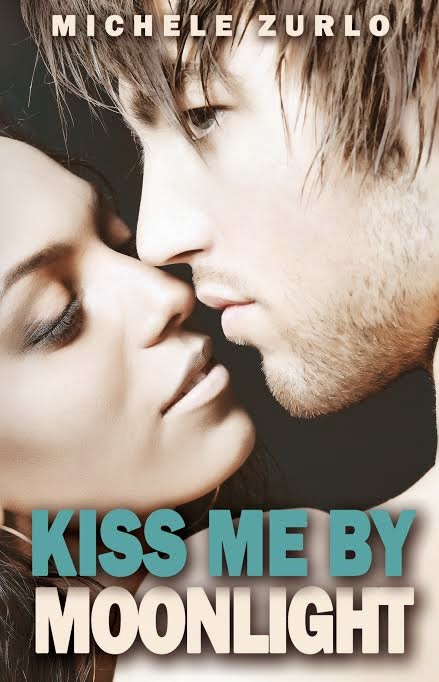 Snaking one arm out, he caught me around the waist before I could escape down the hall. I thought my body language was quite clear about not wanting to take on that topic, but Dylan must have been firmly in man-look territory. Either that or his family counselor tendencies kicked in—he’d recently left his job as a therapist to pursue music full time—and he wasn’t going to let me engage in avoidance behavior.

“Dylan, we need to get ready to go, and you can’t find your shoes.” I arched a superior brow at him, challenging him to make us late.

He crowded me against the wall. Though he didn’t touch me, his magnetism held me in place. “You’re not even dressed.”

In point of fact, I wore only a towel, and it chose that moment to unravel and drop away. Dylan’s gaze followed the path of newly exposed flesh. When he lifted it back to look in my eyes, the teal shade had darkened, and I knew we were going to be late.

I pushed at his chest. “Dylan, we don’t have time. Let me find your shoes.”

“Fuck the shoes.” His lips closed over mine, a sudden and insistent attack that I’d never been able to resist. I was transported to that place where my thoughts drop away, and I could only feel. I liked that place quite a bit, and he knew exactly how his kisses put me in a tailspin.

His hands roamed my still-damp skin, brushing fires that shot straight to my core. When his mouth broke away, I gasped for air. He kissed a path down my neck, sucking so hard I knew I was going to have a love bruise. I didn’t care. I was too busy trying to keep my weakened knees from collapsing while the maelstrom of hormones he set loose inside my body ran riot.

Kiss Me By Moonlight is the conclusion of Lacey and Dylan’s story. What about your characters surprised you while writing?

Michele: Dylan surprised me the most. At the conclusion of Kiss Me Goodnight, it seemed like he was fine. However, when I started writing Kiss Me By Moonlight, some of his issues emerged. He was never the perfect hero, which I felt made him appealing and realistic. His tendency to drag his feet and then move forward full steam got him into trouble, as does his temper and his self-centeredness. Dylan is star material. He’s confident and focused, but the same positive traits that can propel him to stardom end up sabotaging his personal relationships. In this second installment, Dylan and Lacey both grow a tremendous amount.


What was your favorite chapter (or part) of Kiss Me by Moonlight to write and why?

Michele: My favorite part was the worst part of the novel—when Dylan calls Lacey out of the blue after they part ways. He’s been driving past her apartment to check on her. Even though he broke it off, he’s still crazy in love. She’s moved, and he comes to her new place, and heartbreaking things happen. Every time I read it while doing revisions or editing, I felt real pain, and I hope readers hurt as well. It has a happy ending, so that makes the pain bearable.


If Hollywood were to make a movie based on your book, who would you like to see play the lead roles? Why?

Michele: I would pick John Stamos from the 80’s to play Dylan, but James Franco would also be a good choice. Ideally, though, an unknown hottie who can sing (like Jared Leto fifteen years ago) would be the perfect person for the role. Then he could sing the songs I wrote. For Lacey, I always pictured Emma Stone with dark brown hair. Emma Stone has beauty and brains, and an edge of crazy that comes across in a charming and likeable way. That’s totally Lacey.

You have written novels in multiple romance sub-genres. Do you have an ideal reader in mind when you write mainstream romance? If so, please describe that reader.

Michele: I never write with a reader in mind. Perhaps that’s unfortunate, but the stories I’ve liked the best touch my heart. I write stories that I would read, and then I hope other people like them. I like all kinds of stories, and that’s why my novels run the gamut from mainstream to erotic, contemporary to paranormal. Kiss Me By Moonlight is considered New Adult, which many would consider a departure from most of my novels, but I’ve actually been writing in this category for longer than it’s existed. The first book I wrote, Tomorrow Cries (under another name) would be called New Adult if it were released today. I guess my ideal reader is looking for a good love story.

You have written over 20 romance novels. What’s your biggest challenge as a writer? How did you overcome it, or how are you working to overcome it?


Has your life changed significantly since becoming a published writer and book publisher?

Michele: Not yet. I’ve just launched Lost Goddess Publishing, and our first imprint targets a niche market—people looking for short, hot erotic romances they can consume in one sitting. I’ve heard from so many readers who complain about not having enough time to read an entire novel, and that’s where the idea of Hot Lunch was born. I’ve started with a few new authors, and this fall I’m looking to expand by accepting submissions from more authors and we’ll start offering novellas. As my day job will also change significantly in the fall, I’m expecting my fall to be insane.


Do you prefer to write in silence or with music?

Michele: It depends on a lot of factors. If I’m in public—one daughter swims and the other dives—I need my headphones to block out what’s going on around me. When I’m at home, I like to have either music or the TV on in the background. If my ADD has kicked in, I need silence.


Finish the sentence: One book I wish I had written is….

Michele: Fifty Shades. I haven’t read them, but they definitely caused an uproar and sold a lot. People either loved them or hated them. Mostly they loved them. I would not turn my nose up at success.


If someone wrote a biography about you, what do you think the title of the book should be? Why?
Michele: Writing titles is the bane of my existence, that and blurbs. If I’m at the point where someone is writing about me, then I’m old and have a long, illustrious career behind me. My name would be recognizable like Garbo or Jobs. It could be called Zurlo.


What project are you working on now?

Michele: I am collaborating with Nicoline Tiernan on a series called Dragon Kisses. It’s about five people who wake up on a world where humans are kept as sex slaves to the dragon shifters that inhabit the planet. The dragons are dying out—they’ve lost the secret to making more of their kind—but these warriors hold tight to their ancient customs. Each dragon shifts into 3-5 people of various genders. The series is full of hot dragon shifters, erotic ménage scenes, love, betrayal, magic, war, danger, strife—all those things that make worlds exciting and fun. We’ve finished two novellas, but we want to have at least three done before we move forward with publication. I’m Michele Zurlo, author of over 20 romance novels. I write contemporary and paranormal, BDSM and mainstream—whatever it takes to give my characters the happy endings they deserve. I’m not half as interesting as my characters. My childhood dreams tended to stretch no further than the next book in my to-be-read pile, and I aspired to be a librarian so I could read all day. I ended up teaching middle school, so that fulfilled part of my dream. Some words of wisdom from an inspiring lady had me tapping out stories on my first laptop, so in the evenings, romantic tales flow from my fingertips. I’m pretty impulsive when it comes to big decisions, especially when it’s something I’ve never done before. Writing is just one in a long line of impulsive decisions that turned out to showcase my great instincts.


Giveaway
a Rafflecopter giveaway
Posted by From Head To Tale at 12:46 AM