Synopsis
A fantastical romance involving a girl, the music that fuels her, and her Ouija board.

Rosalyn possesses a sunny personality that is laced with quirks. Although she seeks acceptance in a world where she lives out of time, what she gets is ridiculed for her eclectic wardrobe and unconventional music collection.

One fateful night, Rosalyn bewitches Niles, a stylish man whose offbeat character perfectly complements her own. Unfortunately, he possesses a critical flaw that means relationship suicide for him and pretty much anyone.

While under the influence of insomnia-impaired judgment, Rosalyn summons Rock ‘n Roll deity Peter Lane back from the dead. Not only does he spin her hormones into a frenzy, Peter is also the precarious puzzle piece that brings sense into her world. When Niles learns that he can overcome his life-long challenge by helping Peter avenge his death, how far will he go to secure Rosalyn’s heart? 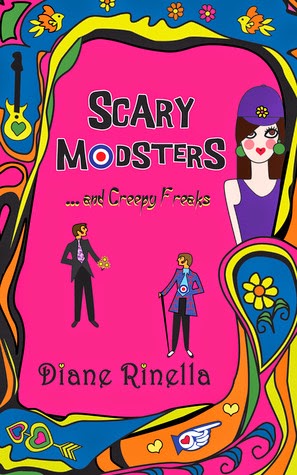 In the last few years there have been many books about rock stars from the 1980’s up to the present. You went all the way back to the 1960’s. Why did you choose that era?


In the early 1960’s we had just gotten out of the bobby sox and saddle shoes phase and were looking to Jackie O for style tips. Fashions weren't exactly risky. When our hero, Peter Lane, became popular all of that was changing. Mary Quant, a fashion designer out of London, made revolutionary changes in styles, color combinations, and hemlines that have never left us. The mod look propelled fashion forward and signaled that the world was changing. It was sort of the shot heard around the world.


But why make him a mod? Why not a rocker or a hippie?


A lot of the reason has to do with my fascination with mod culture. There’s a misconception that the scooter-loving mods were rich kids while their rivals, the motorcycle-riding rockers, didn't have money for fancy clothes. In talking to a lot of 60’s mods I found that wasn't true at all. The mods were just as working class as the rockers, but their priorities were different. They didn't believe in wearing something that they considered undesirable when they could to do better.


I have a few hang-ups with modern fashion. It seems like everywhere I go people are wearing clothes that are so short and tight that their skin pops out in an undesirable way. The alternative is that their clothes are so baggy that they are falling off. I have a hard time watching award shows. Some people are given great honors and they show up looking like getting out of bed was an inconvenience. It drives me crazy.


Have you noticed that you seem to hit on the cusp of an emerging trend?


A few weeks ago I was in my corner drugstore and noticed a nail polish display that said, “Go Mod.” All of the colors were shades that you would expect find in dresses circa 1966. About a week later I saw a commercial for Target. As they were flashing through the different spring trends one of them boldly said “60’s mod” and showed a girl in mod make up. Rimmel has a wickedly fantastic mod campaign going on. I could not have timed it better.


So I take it the character of Rosalyn is rather personal?


A lot of her really is. She's more fangirly than I am, but I totally understand her. While our situations are completely different our hearts are the same.


Why do you think we are looking to the 1960s for fashion?


It seems that every twenty years we revisit an era. The poodle skirts and saddle shoes of the 1950’s came back in style in the late 1970’s when rockabilly hit. 1960’s fashions became popular again in the 1980’s, during the new wave revolution. In the 1990’s stores were flooded with bellbottoms and those big shirts that were all the rage in the 70’s. In the first decade of the current century we saw an 80’s, new wave resurgence. Now we are due for a 90’s resurgence, which puts us at grunge. The problem is that grunge had a very casual look that never went away. Also the 90’s weren't very interesting fashion wise. So where do we go from there? It seems only natural that we would look back to the revolution—the 1960’s. Everything old is new again.


So do you think suddenly everybody's going to wear oversized sunglasses, miniskirts, and well-tailored suits?


A part of me really hopes so! A part of me also fears it because it means I'll be stylish. I can’t see us going extreme, but I can certainly see an influence creeping in.


Scary Modsters is a very interesting title. Where how did you come up with it?


I don't know how many people are catching the reference, but it's a parody of the David Bowie album Scary Monsters (and Super Creeps). I wanted a title that gave away the rock 'n roll connection. With Peter Lane being a mod and the fact that there is mob involvement, having a play on words was too easy.


Peter Lane goes through some pretty wild times. Is all that based on anything or anyone?


Peter Lane is both based on everyone and no one. So many musicians went through hell. Stories like Peter’s are all over rock history books. It’s no secret that all the events Peter went though have some type of counterpart in reality; however, the character and events are completely fabricated. 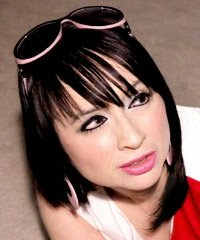 Enjoying San Francisco as a backdrop, the ghosts in Diane’s 150-year old Victorian home augment the chorus in her head. With insomnia as their catalyst, these voices have become multifarious characters that haunt her well into the sun’s crowning hours, refusing to let go until they have manipulated her into succumbing to their whims. Her experiences as an actress, business owner, artisan cake designer, software project manager, Internet radio disc jockey, vintage rock n’ roll journalist/fangirl, and lover of dark and quirky personalities influence her idiosyncratic writing.

Prize: 1 signed paperback of Scary Modsters and a multi-author SWAG pack.
Open to US only. Ends May 20th.
Winner also chooses from one of three charities for the author to make a $20 donation in their name.