Let's get Summer started with this great summer read! 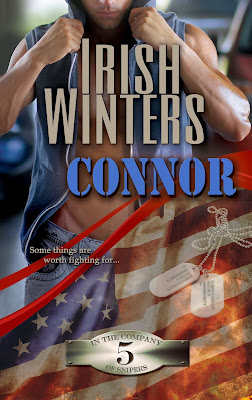 "How many times can a man say he’s sorry? Connor Maher is about to find out. As if dogging the brutal Sonoran Cartel through sun-baked Utah isn't tough enough, he's come face to face with his worst nightmare. Diminutive ex-Marine spitfire Isabella Ramos has just three words to say to him: I. Hate. You. Like he hasn’t heard that before.   Why was he the one who got to live? Izza only accepted the Utah operation because he’d be there. It’s time Connor knew the truth, but how can she trust him with her life much less the secret she’s come to share? He's nothing but grief personified in the guise of an blue-eyed, honorable man. Not until the cold-blooded SC dumps her and Connor in the farthest corner of the relentless Utah desert does she begin to realize…. There are worse things than death… " 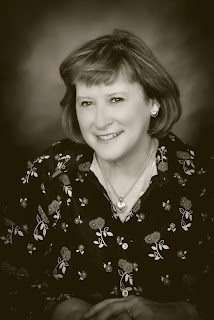 Irish Winters is an award-winning author who dabbles in poetry, grandchildren, and rarely (as in extremely rarely) the kitchen. More prone to be outdoors than in, she grew up the quintessential tomboy on a farm in rural Wisconsin, spent her teenage years in the Pacific Northwest, but calls the Wasatch Mountains of Northern Utah home. For now.
The wife of one handsome husband and mother of three perfect sons, Irish divides her time between writing at home, and travelling the country with her man while – writing. (Seriously, what else?)
She believes in making every day count for something, and follows the wise admonition of her mother to, “Look out the window and see something!”
To learn more about Irish and her books, please visit www.IrishWinters.com.

the red, white, and blue waving in a good stiff breeze,
the smell of new mown grass,
sunshine,
freshly fallen snow,
grilled shrimp,
babies laughing,
husbands and wives with their arms around each other's waist,
a man who knows how to cook for his woman,
Washington D.C. any day of the year

Ramos stomped right back under Connor’s chin, her eyes dark and deadly, full of the promise of nothing but pain. Maybe death. “You think hitting another soldier’s ass is funny, do you?”

Yeah, she radiated a certain amount of radioactive hostility, and he was pretty sure he glowed already, but damn. What a package. His nose filled with the lovely whiff of roses and incense. How fitting. The sweetness of flowers mingled with the unmistakable hint of burning ash. He’d been an alter boy. He ought to know.